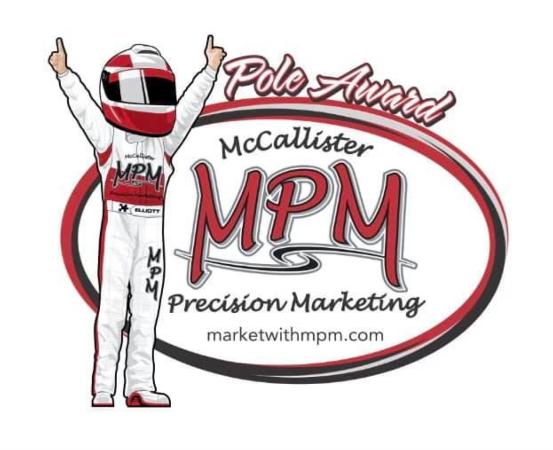 U.S. Legend Cars International and INEX are excited to announce a partnership with McCallister Precision Marketing for the 2020 Road Course World Finals at Atlanta Motorsports Park.

McCallister Precision Marketing (MPM) will act as the presenting sponsor of our Fast Qualifier Award in each legend car class; this includes our Young Lion, Semi-Pro, Master, and Pro divisions.

The MPM Fast Qualifier Award will be provided to the driver within our legend divisions that archives the fastest qualifying lap time on Saturday’s portion of the event.

“We’re excited to be able to sponsor the Fast Qualifier Award during the INEX Road Course World Finals at Atlanta Motorsports Park,” said McCallister. “We’ve worked with Ken Ragan during Thursday Thunder in the past and we’re excited to be able to expand our reach by becoming a part of this event. Laila Razmyar at INEX was incredibly easy to work with and we’re thrilled to work with her for such a great event.

“There are a lot of talented drivers that will be competing in this event and we want to be able to give and support them as they come up through the ranks.”

McCallister Precision Marketing focuses on assisting up-and-coming race car drivers with career advancement and promotion. McCallister Precision Marketing helps drivers build confidence in front of and behind the camera, giving them the tools they need to advance to the next level. The company also provides companies with a strategic plan for their sales, marketing, and promotional needs.

MPM represents drivers in all multiple forms of motorsports, including Legends, and helps them make the transition to the next level of motorsports.

They believe in building positive relationships with clients so that they may provide them with the most professional, yet personal guidance they need, in order to achieve their racing goals. Their clients include race car drivers, race team owners, companies, and racing series'.

“We’re thrilled to bring McCallister Precision Marketing on board for this year’s Road Course World Finals,” says Laila Razmyar, Communications and Events Manager for U.S. Legend Cars. “The relationship MPM has built with our competitors at Atlanta Motor Speedway highlights the mission of the company and their goal to help drivers not only within our series but as the move into other forms of racing.”

The 2020 Road Course World Finals will officially begin Saturday, November 7 at Atlanta Motorsports Park. Tune in to LegendsNation.tv to catch all of the action.